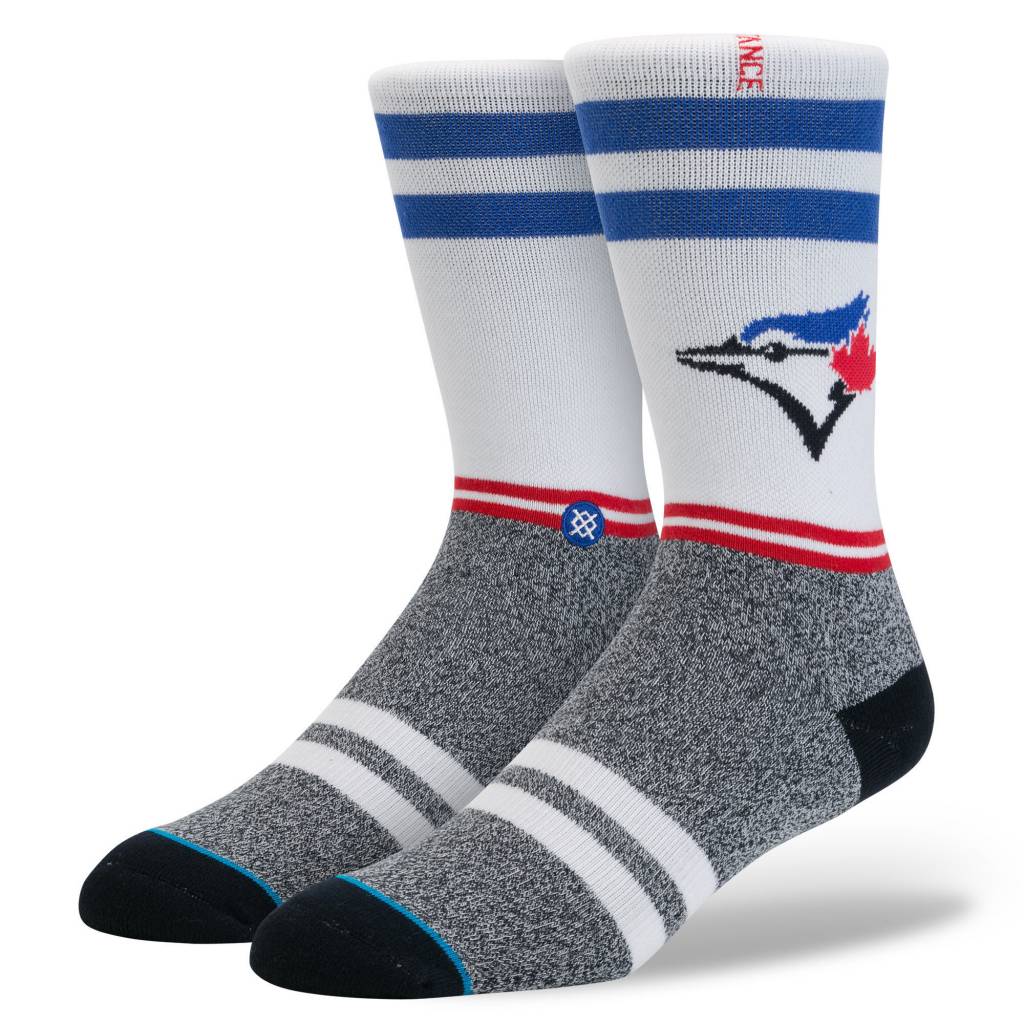 Add to wishlist Add to compare

To catch a good game, head north. Since making their debut in 1977, the Toronto Blue Jays have had some incredible seasons--including back-to-back World Series titles in 1992 and 1993. In addition to snagging two American League pennants, the Jays have won a handful of East Division titles and served as home to greats such as Roberto Alomar, Rickey Henderson, Paul Molitor, and Dave Winfield. Cheer on the team with Stance's Blue Jays. Blending substance and style, this classic crew sock features a pique knit and luxurious combed cotton. A reinforced heel and toe offer additional durability while an elastic arch and self-adjusting cuff hug the contours of your feet. Back Toronto with Stance's Blue Jays.